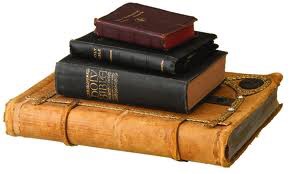 Pastors, Now is the Time to Stand Against Tyranny!

Either reason is contrary to the Bible and the history of this once-great nation. “To the pulpit, the PURITAN PULPIT, we owe the moral force which won our Independence,”John Wingate Thornton wrote in The Pulpit of the American Revolution. Too many Christians don’t believe or know this history.

Many Christians believe they can be neutral. But there is no neutrality. By not engaging culture at the political level, another worldview dominates and impacts all of us. We must then live under their standard, as we are doing today.

Founding American ministers of the gospel confronted the issues of their day by appealing to the people in terms of the Bible. The annual “Election Sermon” still “bears witness that our fathers ever began their civil year and its responsibilities with an appeal to Heaven, and recognized Christian morality as the only basis of good laws.”In addition, the clergy were often consulted by the civil authorities in the colonies, “and not infrequently the suggestions from the pulpit, on election days and other special occasions, were enacted into laws. The statute-book, the reflex of the age, shows this influence. The State was developed out of the Church.”

One thought on “Pastors, Now is the Time to Stand Against Tyranny!”