Trump’s tweets are disarming them and the lefties are squealing like stuck pigs.

You can choose to be outraged.  I choose to stay focused on what he and his administration are doing to help this country.  The unrelenting personal and political attacks against the Trumps are sickening.  Ladies and gentlemen, not too long ago, before he became a candidate he was the golden man adored by the media and Hollywood.  Now as President, this unpolitical man, unskilled in double talk, too harsh for many ears, who is working hard to turn America around, is too crude for many ears, or so they currently claim.

The opponents say that Trump is diminishing the dignity of the White House, the Presidency.  But that is exactly what they have been doing by negating his duly elected presidency, as well as being engaged in a concerted effort of defamation of character including attacking him and his family since he became candidate Trump.  It is all politics and fake journalism.

I think it is wonderful to have a President who has the courage to stand up to the lefties and refuse to tolerate their garbage.

Democrats worship Presidents like Kennedy & Clinton who repeatedly committed adultery in the White House. They worship Obama, who used the IRS to harass & intimidate Conservative Americans.

But they’re horrified by a Trump tweet. It’s “beneath the dignity of the office,” they scream.

Sorry, hypocrites. I’m not buying it.

Humor is a lifeboat… I thought about quoting the text in the picture above budecided to leave it in code for those not being taught cursive in school.   Smile and have a blessed day.   -pastor Ward 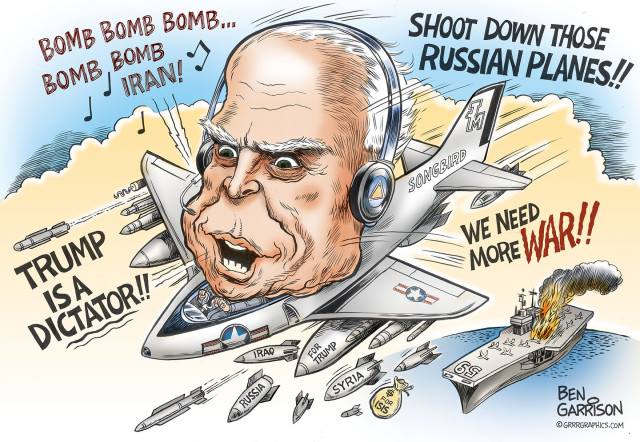 Old Songbird is just as looney as ever.  Well done, Ben!

Source: Going Through The Eye Of A Needle 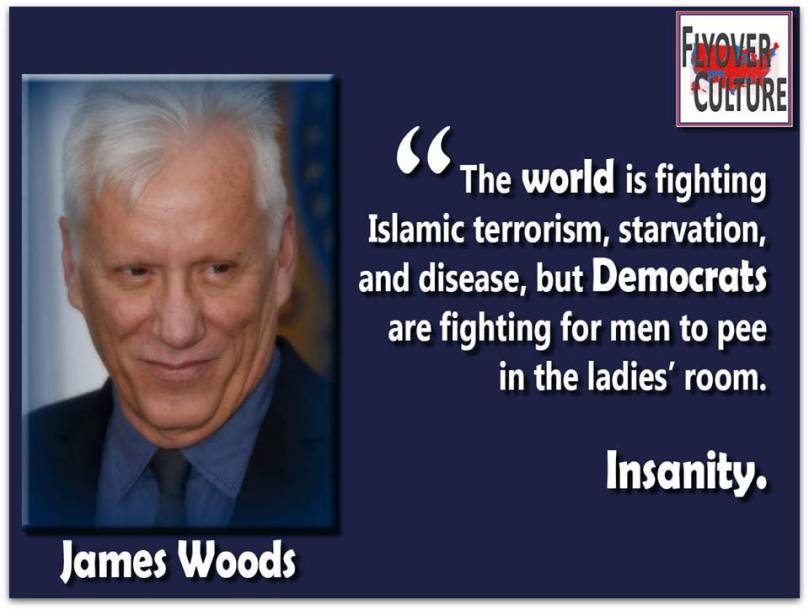 At the very least.

James Hodgkingon, the gunman who opened fire on 14 Jun ’17 on Republican Congressmen and staffers had declared on FB that “It’s time to destroy Trump and Co.”

the deranged base of the Democrat party is so full of hate and people like Bernie and Hillary and the CNN crew all fan the flames to keep their deluded base on the plantation.  We therefore have a clear example of the dangers that can transpire by the media pushing a false narrative.  This weak minded individual, James H., was so thoroughly brainwashed by the left-wing media outlets that he decided to take the lives of those he had been programmed to hate.  He parroted on his FB page many of the stories that have been clearly proven to be false, but they served to fuel his hate and prevent him from figuring out who the real oppressor was.

Democrat politicos have been calling for “blood in the streets” and now that they have got it they are suddenly pretending they didn’t really mean it.  They are only saying that at the moment because they fear a backlash that would remove them from their comfy positions of power.  In a few days they will likely return to their hate-filled rhetoric.  It took less than 24 hours for some in the left-wing “news” media to return to their lying propaganda.

Sadly, more than a few in the far left are calling James H. a “hero” which only proves how evil they truly are.  Decent people would at least pray for those injured but the rebid leftist’s hatred seems to stop at nothing.  The insanity and incitement to rage by the leftists must stop.  They are the true face of the Democrat part but the violence, mayhem, and discord of the Democrat Socialist party must be brought to an end for the sake of the society.

The gunman who opened fire 14 Jun ’17 on Republican congressmen and staffers had declared on facebook multiple times “It’s time to destroy “Trump and Co.”

Hodgkinson is not part of the lunatic fringe but is part of the deranged base of the Democrat party.