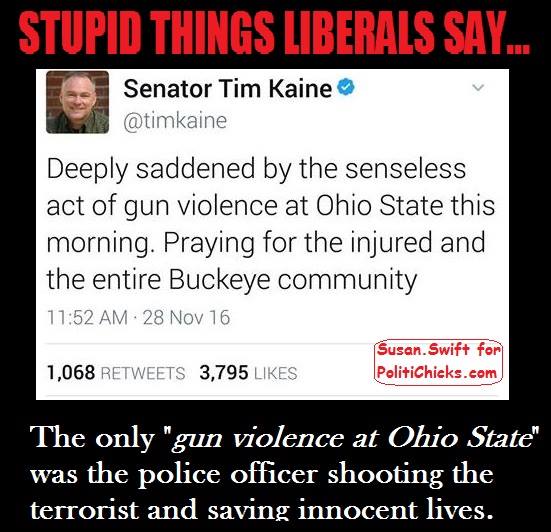 Praise God Kaine did not become the next Vice President because that could have been quite fatal for our country.  Everybody keep praying in accordance with 2nd Chronicles 7:14.

Luke Hamil, reckless you are. “Once you start down the [evil] path, forever it will dominate your destiny, consume you it will.”

Honorable award, had you, with diaper pin it is replaced.

“At an end you rule is, not short enough it was!”  Into obscurity you will fade irrelevant Hamill

Buh bye, you should have stuck to pretending to knowing good.  —Pastor Ward Clinton

Hmmm…what is that?  Democrats in disguise?

Truth be known, Soros and others like him from the far left are creating and funding the “alt-right.”  Time will tell, just as it has revealed other inconvenient truths about the left.  It is interesting that the left has the habit of accusing the right of the evil that it commits.  Ladies and gentlemen, it is almost as though it comes from their playbook, “Rules for Radicals” by Saul Alinsky.

The fake news sources; which includes MSNBC, CNN, ABC, NBC, CBS, NYTimes have been trying to brainwash us all for a very long time but more and more people are waking up and escaping the Democrat plantation which intends to enslave us all by whatever means they can.

If you are scared of white people who say (in your opinion) things instead of actual terrorists, actual murderers, actual criminals, then you have removed all doubt that you’re nothing more than easily brainwashed chattel for the one world government which will make the dystopia you claim to fear even worse that you currently imagine.

It wasn’t the “alt-right” who assassinated 5 police officers based on their race, accumulated 9 million dollars of destroyed property in Baltimore, burned down nursing home, blocked ambulances, cut fire hoses, attacked innocent people, or literally placed a bomb at an elementary school or painted swastikas.  That was Black Lives Matter, the NBP, and hired thugs outside of Trump rallies.  The “alt-right” to date, never murdered or attacked anybody, the left wing and Democrat-party hacks did all that.

Main Stream Media types are in mourning while Cuban exiles are celebrating.

For Colon Kaepernick and anyone thinking ‘romantically’ about the dashing revolutionary, turned oppressive dictator, please read the words of a man who actually lived under the rule of Fidel Castro.

“Cuba for more than five decades under the Castros has stifled practically any and all dissent. According to Human Rights Watch, “Cuban citizens have been systematically deprived of their fundamental rights to free expression, privacy, association, assembly, movement, and due process of law. Tactics for enforcing political conformity have included police warnings, surveillance, short-term detentions, house arrests, travel restrictions, criminal prosecutions, and politically motivated dismissals from employment.”
~Armando Seguero, Cuban exile~

Long before ISIS began filming their atrocious acts Castro had filmed his.  He was one of the worst of the worst and yet the left seemed to admire that extremely evil person.  Remember that when you hear the lefties lionize him.

We need to squash this right away. Our language is to peppered with this, so lettuce become kinder to each other, turnip around, otherwise we might beet each other when it would be butter to live in peas.  I love it when my spouse says to me: “Orange you glad you’re the apple of my eye?”

Knowing that a tomato is a fruit is intelligence; knowing not to put it into a fruit salad is wisdom.

It is idle to talk always of the alternative of reason or faith.

Reason is itself a matter of faith.  It is an act of faith to assert that out thoughts have any relation to reality at all.  If you are merely a skeptic, you must sooner or later ask yourself the question, “Why should anything go right; even observation and deduction?”  Why should not good logic be as misleading as bad logic?  – G. K. Chesterton, Orthodoxy

Reason and faith may, at times, produce conflict between the two but ultimately the work hand in hand.  Shallow reasoning may fail to resolve the conflict but that is not the fault of reason or faith.

Reason without faith fails miserably and faith in faith without reason not only crumbles at the most inconvenient of timing but often hurts others in the process.  The God who gave us the ability to exercise both calls upon each one of us, individually and then corporately, to humble ourselves and not only cease to do that which He calls evil but learn to do well. 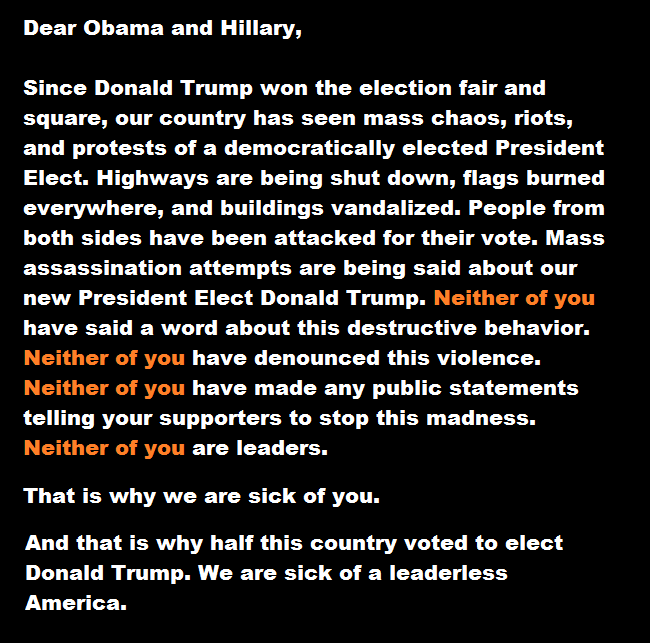