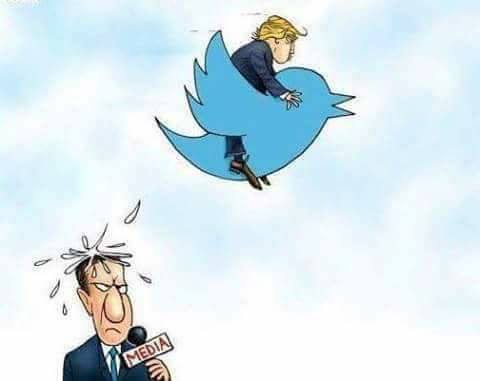 You can choose to be outraged.  I choose to stay focused on what he and his administration are doing to help this country.  The unrelenting personal and political attacks against the Trumps are sickening.  Ladies and gentlemen, not too long ago, before he became a candidate he was the golden man adored by the media and Hollywood.  Now as President, this unpolitical man, unskilled in double talk, too harsh for many ears, who is working hard to turn America around, is too crude for many ears, or so they currently claim.

The opponents say that Trump is diminishing the dignity of the White House, the Presidency.  But that is exactly what they have been doing by negating his duly elected presidency, as well as being engaged in a concerted effort of defamation of character including attacking him and his family since he became candidate Trump.  It is all politics and fake journalism.

I think it is wonderful to have a President who has the courage to stand up to the lefties and refuse to tolerate their garbage.