Certain people: (You know some of them; some are family and some of them you invite into your life by choices that you make) “We would be more comfortable in wanting to come around and associate with you if you were less disapproving of the things the Bible disapproves of.”

Me: “I keep remembering what I was taught early as a Christian that embracing and practicing Biblical teachings and obeying Biblical do’s and don’ts is the formula for successful living.

“You may go ahead and mess up your lives if you wish by rejecting the Word of God and the time-tested precepts contained therein.  You may go ahead and call me a dangerous, unstable extremist for choosing to walk a different path than you as you falsely attempt to call yourself ‘tolerant.’

“There is something you should take notice of and that is the fact that the sages throughout the ages taught concepts and precepts that mirror the teachings of Jesus the Christ when correctly comprehended.  Therefore, I shall continue to obey and follow the teachings and commands of the Creator of the universe and walk in His paths.”

Not only was the murder suspect in the shooting of three young Muslim students in Chapel Hill, N.C., Feb.10 a vehement atheist, he was also a fan of the Southern Poverty Law Center, as The Weekly Standard  pointed out Feb. 11.  A quick trip to the Craig Hicks’s Facebook page reveals that not only was Hicks a fan of the SPLC, he was a self-described “militant atheist”- with numerous photos, memes and posts mocking Christianity. Some posts call God a sociopath and call Christianity a “pyramid scheme.” His other Facebook likes include the Neil DeGrasse Tyson television show “Cosmos,” famous British atheist Richard Dawkins, Bill Nye the Science Guy, Sarah Silverman, Friedrich Nietzsche, The Huffington Post, LGBT Ally groups and various other progressive fan pages. It is safe to say this is the same man as the Craig Hicks who appeared in court Feb.11, as Hicks’s personal photos match the appearance of the man who appeared in court yesterday. While Hicks’s lawyers blamed the violence on a parking dispute, friends and family of the three young people murdered had complained about Hicks’ intolerant and aggressive behavior towards them in the past.  Hicks isn’t the first SPLC fan to turn violent. In 2012, the group’s “Hate Map,” which lists the addresses of various groups SPLC claims are right-wing extremists, inspired a gunman to enter the Family Research Council in 2012 and attempt to kill everyone in the building.

The media’s continued use of the SPLC as a legitimate and ethical source of information is just plain irresponsible. Besides the Family Research Council shooting, incidents of death threats against conservative organizations and Christian pastors have cropped up because of the group’s much cited “hate map.” Instead of pointing out criminal behavior, the SPLC is more responsible for inciting it. Yet the media continue to use them to bash conservatives, as CNN and The Daily Beast did recently. – Kristine Marsh 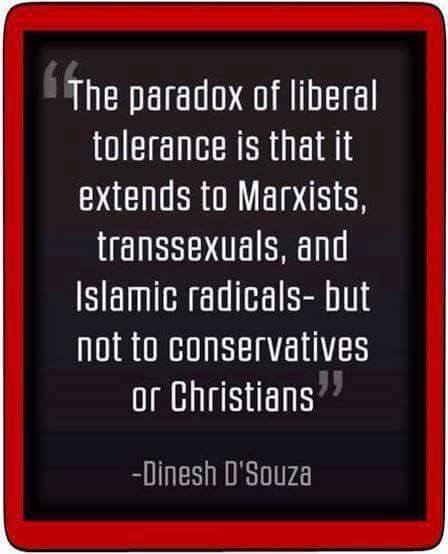 Say that “Bestiality Is Wrong” or “Polygamy Is Wrong” and it’s not considered hate speech, at least not currently.  However if you have the opinion that “Gay Marriage Is Wrong,” watch out!  It is going to feel like the whole world is jumping up and down screaming “racist” “bigot” and “hater” at you as they call for someone to grab a rope so they can deal with you. [hashtag, love wins], of course.

This is becoming the politically-correct norm, but no matter what one argues, this is the suppressing of free speech by hate-filled fascists.  Yes, they are very fascistic in their so-called “tolerance” which is tolerant of only those who think exactly like they do, hence they are fascists pretending to be open-minded.

No one targeted pro-gay bakeries, but gay activists target Christian bakeries for extermination. “Support Gay Marriage” is what one Christian bakery was sued for because they dared to refuse to put that slogan on a cake for an event to support the gay agenda. Yes, Christian bakeries that refuse to make pro-homosexual marriage cakes because of their deeply held religious beliefs are getting sued for being “intolerant.”  They get fined, they get death threats, and they lose their businesses.

One person decided to ask thirteen different gay bakeries to bake him a Pro-traditional-Marriage cake and he was denied service by all of them.  This experiment proves beyond doubt that the militant gay agenda is not just about their freedom to practice a sexual orientation, but the suppression of free speech.

On the other hand it is even worse than that:

The folks at Shoebat.com decided to call some 13 prominent pro-gay bakers in a row. Each one of them denied them the right to have “Gay Marriage Is Wrong” on a cake and even used deviant insults and obscenities against them.

Several Christian bakeries were sued in the United States with several who lost their businesses and we said enough is enough.

One baker even said all sorts of profanities against Christians and ended the conversation by saying that she will make me a cookie with a large phallus on it.

It was all recorded. It will stun the American people as to how militant and intolerant the homosexual bakers were. Even after we completed our experiment we got a ton of hate messages saying that we were “hateful” for simply giving them a taste of their own medicine. They argued that the slogan “Gay Marriage Is Wrong” is not the same thing as “Support Gay Marriage” as [though] an opposite view of a view is hateful. This would mean that the majority of Americans who oppose gay marriage are “bigoted” and  “hate filled”. “Support Polygamy” or “Polygamy is Wrong” are views, yet the first which the Muslim supports and the second most Americans would never support, but both are opinions and are considered free speech.

The above quotations are from the shoebat.com website.  There are many examples of the hate-filled intolerance from the militant homosexual community which could be presented in this particular blog and the ultra-bigots seem to be totally blind to their hypocrisy.  George Takai, whom I used to follow on social media, was a little overboard at times but he seems to have gone full-bore psychotic post SCOTUS ruling on gay marriage.  “Hey, George, your side won; why are you so angry?” got me blocked.  No problem, it just shows how ridiculous that “#love wins” thing is.
Someone else had something to say about the insanity from the “tolerant” left:

A gay baker and chef has come out in support of Christian bakers who have come under fire for refusing to make same-sex wedding cakes, labeling those individuals and activists who are trying to force them to do so as ”Nazis” who are using “bullying” tactics.

Jesse Bartholomew uploaded a two-minute video to his Facebook page earlier this month, expressing his frustration with some of his fellow gays and lesbians who have gone after bakers who decline to make cakes for gay ceremonies.

The clip came just days after it was announced that Oregon bakers Aaron and Melissa Klein, owners of Sweetcakes by Melissa, would be fined $135,000 for refusing to make a wedding cake for a lesbian couple.

“Hi guys, my name is Jesse and I bake wedding cakes for a living, and I cannot tell you how disgusted I am with my fellow gay and lesbian community — that they would stoop so low as to force someone to bake a cake for them who simply doesn’t agree with them,” Bartholomew said. “And before you can go and blame me and say that they have to — no, they don’t have to. They don’t have to bake a cake for you.”

Bartholomew, who did not explicitly name the Kleins, went on to explain that wedding cakes cost hundreds, if not thousands of dollars, and questioned why gays and lesbians would want to pay that much money to make someone bake a cake against their will.

“Are you stupid? That is your personal piece of your wedding. Your guests eat that,” he said. “That cake is involved in your photos. That cake is taken in your mouth, and you eat it in your stomach.”

Bartholomew went on to accuse some of bullying — and worse.

— theblaze.com, “Are you stupid?”: Gay baker lashes out at his fellow gays and lesbians for “bullying” Christian bakers who declined to make same-sex wedding cake, Billy Hallowell, 20 July 2015

Be careful, Jessie, the PC fascists are going to come after you and try to make you get your mind right, but I do pray that God will protect you from them

The left can never tolerate resistance to it’s tyranny, that is why they resort to death camps, to gulags, and to ridicule and bullying.  If they tolerated dissent their agenda would receive proper scrutiny and therefore would never be implemented. 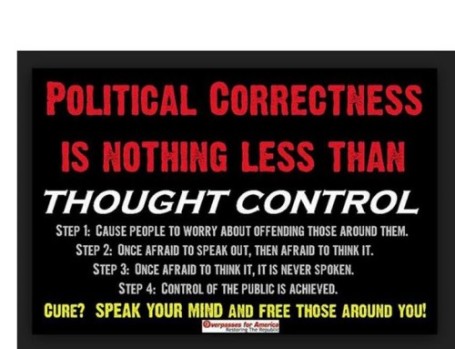 No one who came to Jesus in humility seeking His mercy was ever turned away, while those who came to him in their arrogant self-righteousness were immediately denounced.
The self-righteous left may enjoy some successes in bullying Christians and intimidating them into silence in this day but they will never succeed against Jesus Himself.  In that day, when they have to stand in His presence, He will point to the Holy Bible and inform them that His Word has condemned them and they will be reminded of every opportunity which they had to repent and accept Him as their Savior and which they rejected.  Then they will be told “You’ve made your choices, depart from Me and make your abode with the demons.”
Today is the day to make sure you are in full obedience to Jesus, The Christ.  Today is the day to let Him begin to equip you for Heaven.  Tomorrow may be too late.