Democrat politicians are blocking virus relief over “ideological wish list,” also known as “pork-barrel spending”. Without even looking very closely into it we already know that they are looking for kickbacks to line their pockets at taxpayer expense; something they routinely do. There is little to nothing that Nervous Nancy has added into the bill that has anything to do with the current crisis or will actually help the people of America but she doesn’t care. 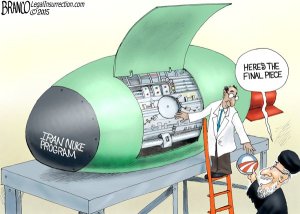 Islamophobe is a word crafted by Moslem leaders and clerics to be used against non-Moslems in order to silence them. It has also been added to the arsenal of the PC police to silence dissent that could lead to the awakening of the American people who are going about their personal business not really aware of the looming disaster that is stealthily approaching.

“It’s very simple ladies and gentlemen, Alexander the Great had a fantastic quote. And he said I would not fear an army of lions if they were led by sheep, but I would fear an army of sheep if they were to be led by a lion. This great nation is a nation of lions that is currently being led by the greatest of sheep that we have ever seen in our 239 years of existence. How dare Barack Obama, how dare John Kerry, how dare Valerie Jarrett, or any of these other charlatans that occupy Washington D.C., surrender this great constitutional republic to the Republic of Iran.

Ladies and Gentlemen, it was said in December 1775 by Thomas Payne that these are the times that try men’s souls. That the sunshine patriot and the summer soldier will shrink from his duties. But to those who will make a stand – those of you that are here in Times Square – you will deserve the love and admiration of all men and women.

“Ladies and Gentlemen, it’s not over. You being here sends a message that the United States of America, I don’t care who is occupying the White House, we are not surrendering our liberty, our freedom, our way of life.

“I want President Barack Obama to know one thing. You may say that you have done something that no one else has ever done. You know why no one else has ever done it? Because it’s a damn stupid thing that you just did. And if people are upset because of what I’m saying, I really don’t care, because I had a father that stood in WWII. I had an older brother that stood and was wounded at Khe Sanh. I gave 22 years of my life to make sure that that great beacon of liberty, freedom and democracy continues to stand, and I have a nephew, I have friends that are still serving on the front lines. And my commitment is to the oath that I took on 31 July, 1982, to support and defend the Constitution of the United States of America against all enemies foreign and domestic and to bear true faith and allegiance to the same. It’s not to anybody’s historic event. It’s not for anyone to have some special exhibit in their presidential library. It’s to make sure that the enemies of America and the enemies of Israel are crushed and brought to their knees.

One man awake awakens another,
The second awakens his next door neighbor,
And three awake can rouse the town,
and turn the whole place upside down.
And many awake can raise such a fuss,
That it finally awakens the rest of us.
One man up with dawn in his eyes – multiplies.